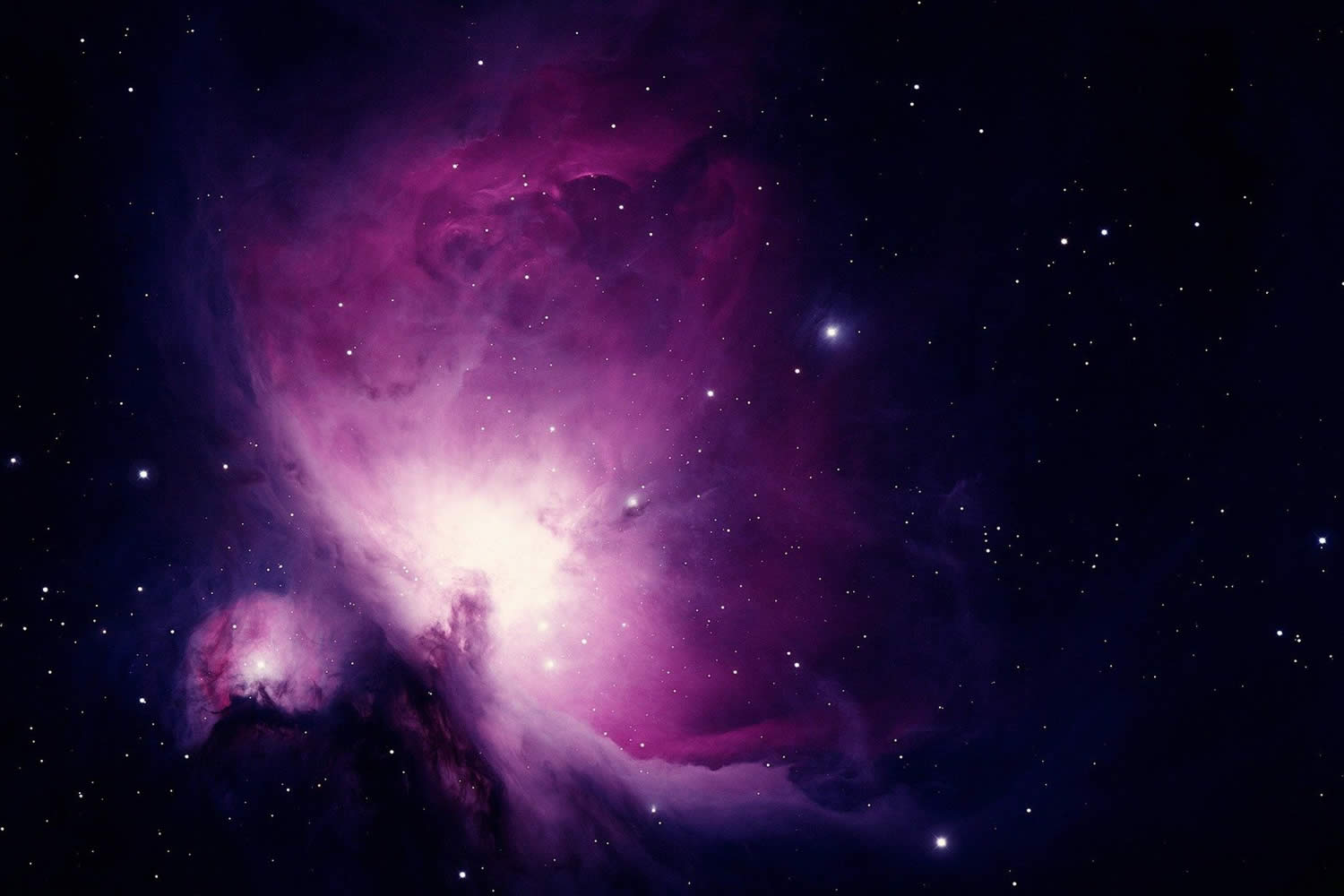 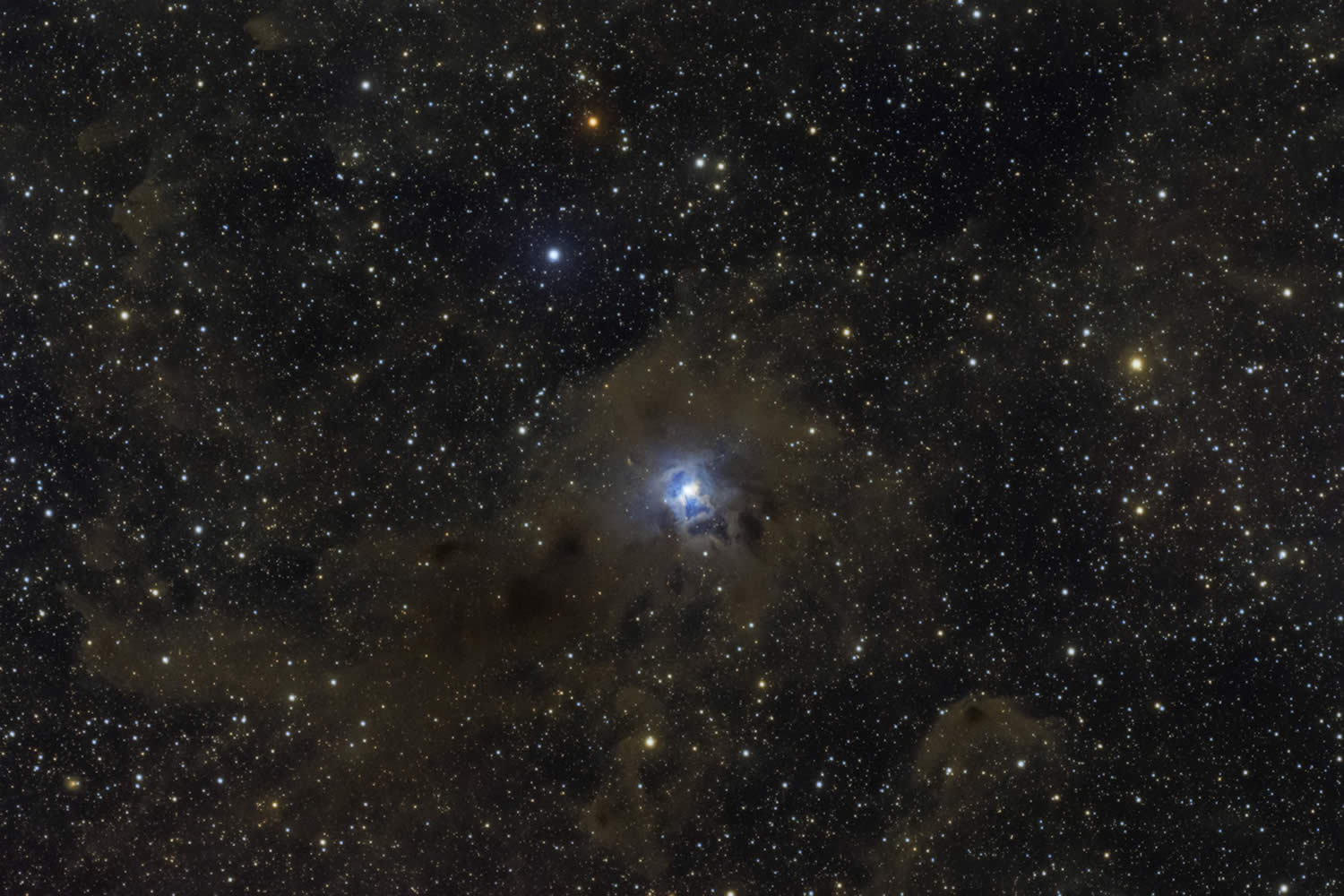 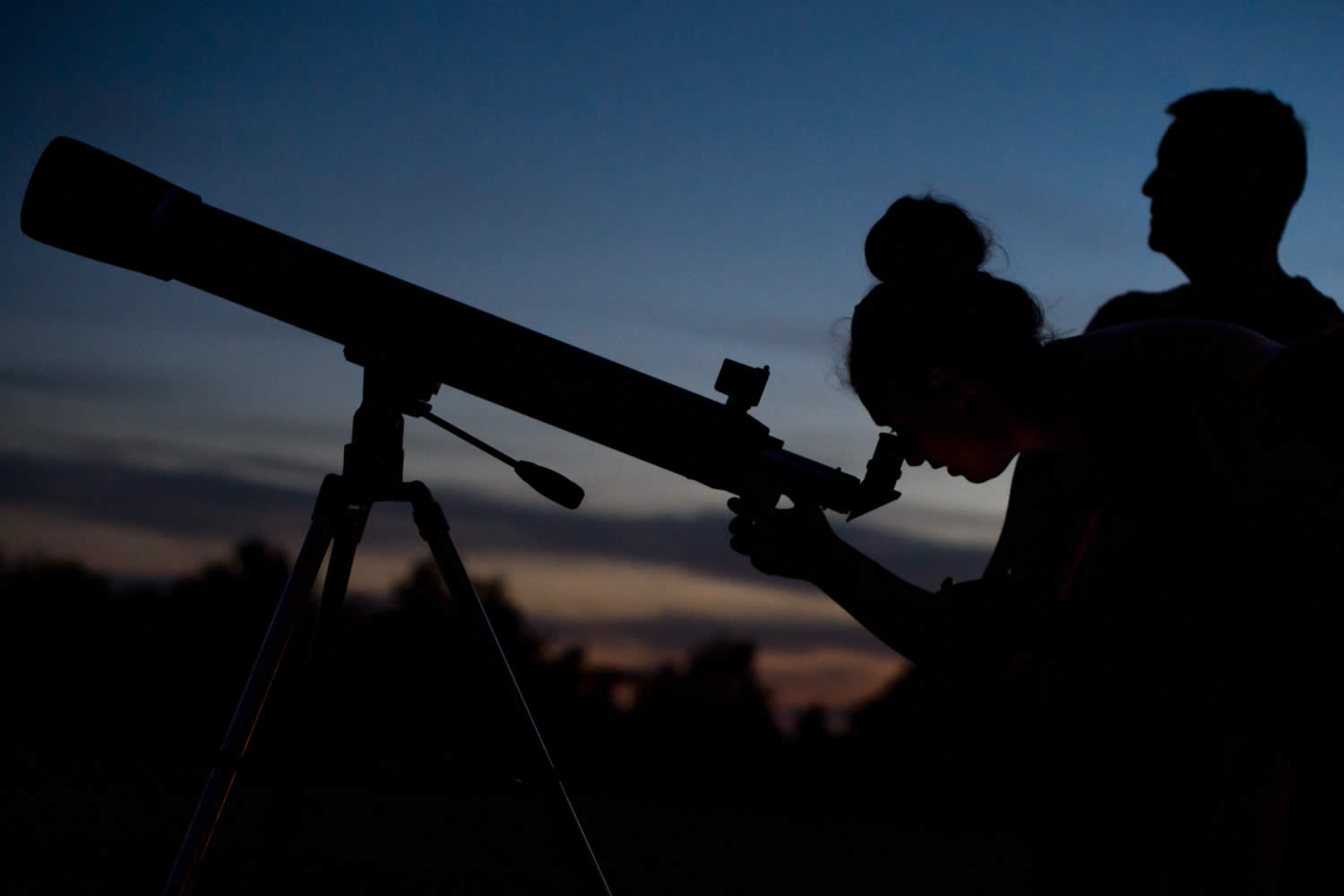 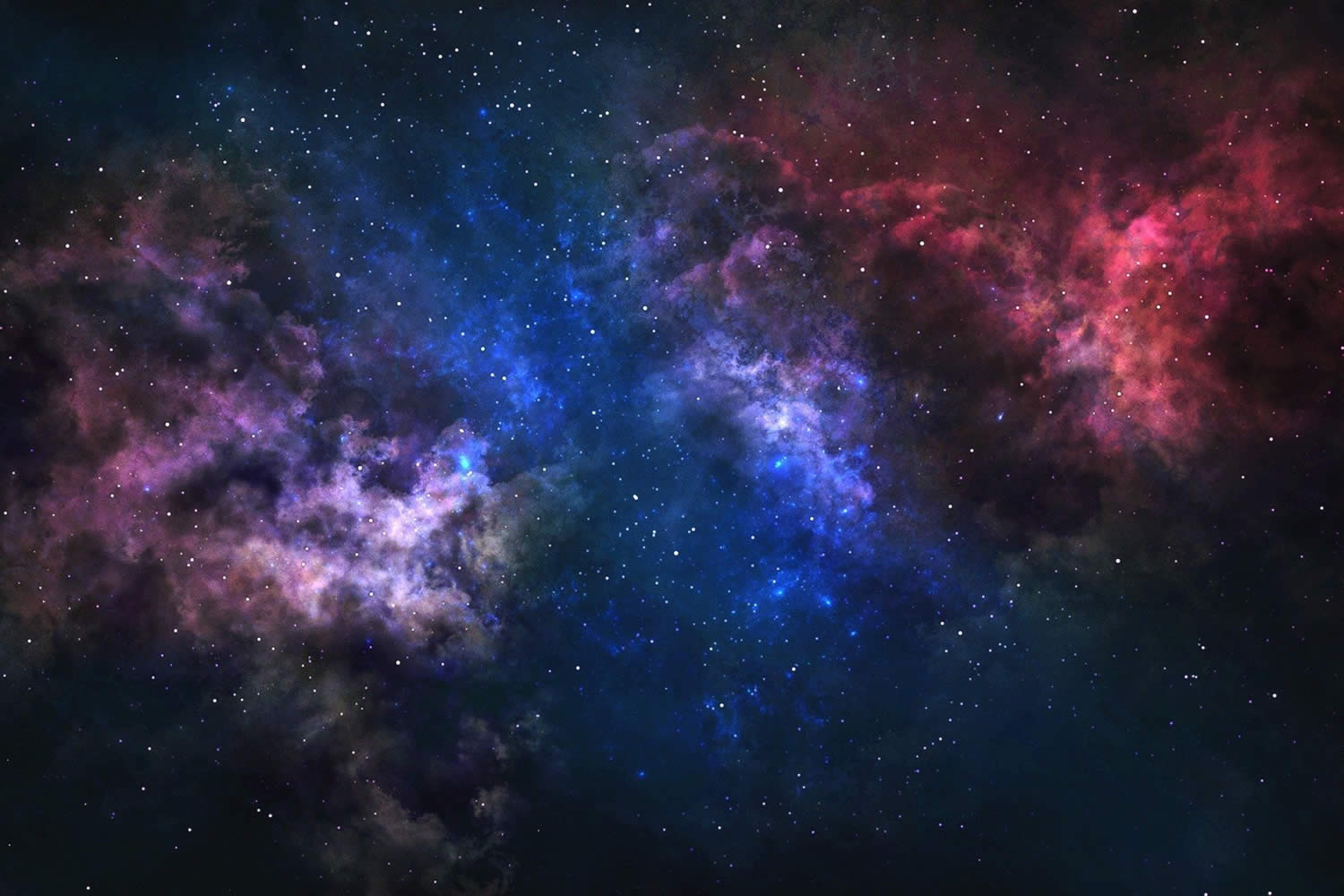 Getting started with naked-eye observation in the UK.

Things to start with. 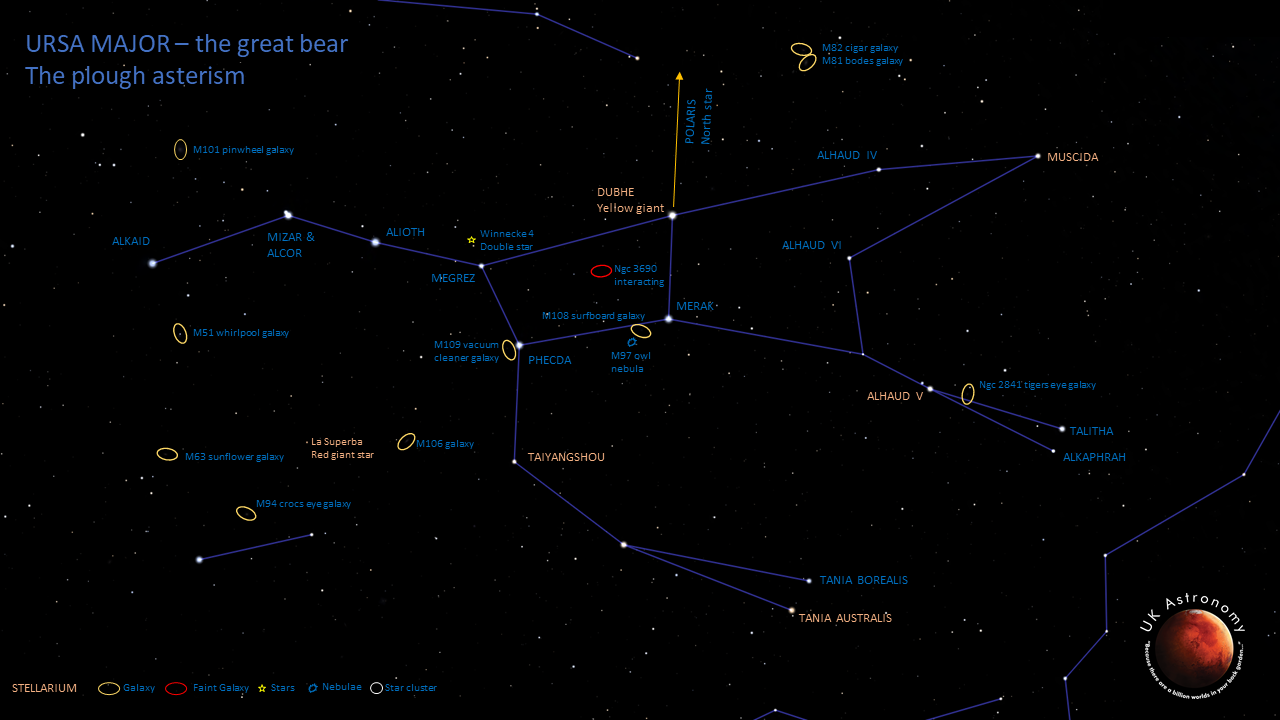 In the UK the Plough is “circumpolar” – meaning it is always above the horizon, which makes it a very useful asterism to recognize – once you find it, you know you are facing north-ish. From its pointers you can identify North exactly by locating Polaris (North Star). If you go the other way, following the curve from its handle you’ll find Arcturus, the Guardian of the Great Bear. A big bright star of magnitude -0.05 - most cultures noted it, for example the Aborigines of Australia knew certain food was in season when they could see Arcturus.

The star second from the end of the handle is Mizar, a double-star – congratulations if you can see its companion (Alcor) with your own eyes! 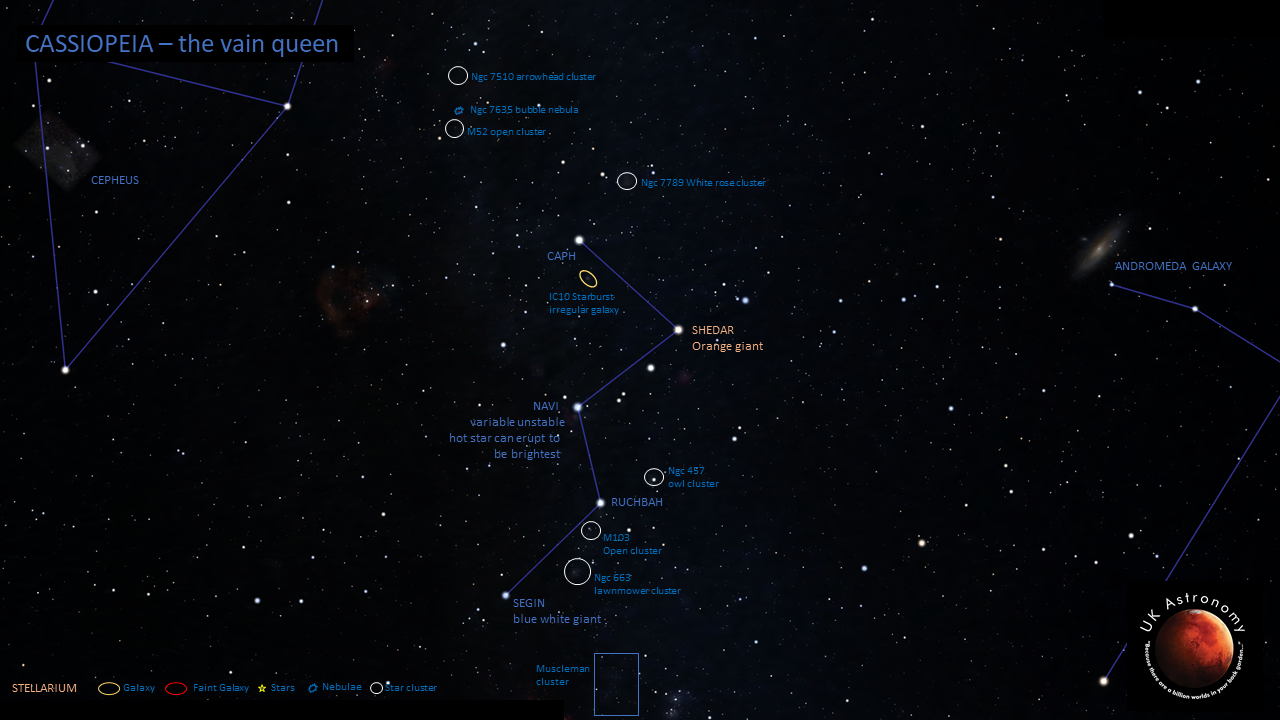 Spring | Summer | Autumn | Winter
(All year but can be found high in the sky at 21:00 from October to January)

Another useful constellation to recognize, its characteristic W shape (or M, when it is the other way up!) is also circumpolar and when the Plough is not visible for some reason (perhaps behind a tree or building), you can use Cassiopeia to find Polaris.


By far the brightest object in the sky (when full) apart from our sun, the Moon is fascinating and many astronomers focus exclusively on the Moon. It is easier to study its features when it is less than full, as it is very bright when at its most complete. Even if it does not hold your interest particularly, it is useful to be aware of its phases as this will affect what you can see – its brightness, again, might obscure objects around it, including planets. Further, it follows the ecliptic so it can help you locate the path of the planets. 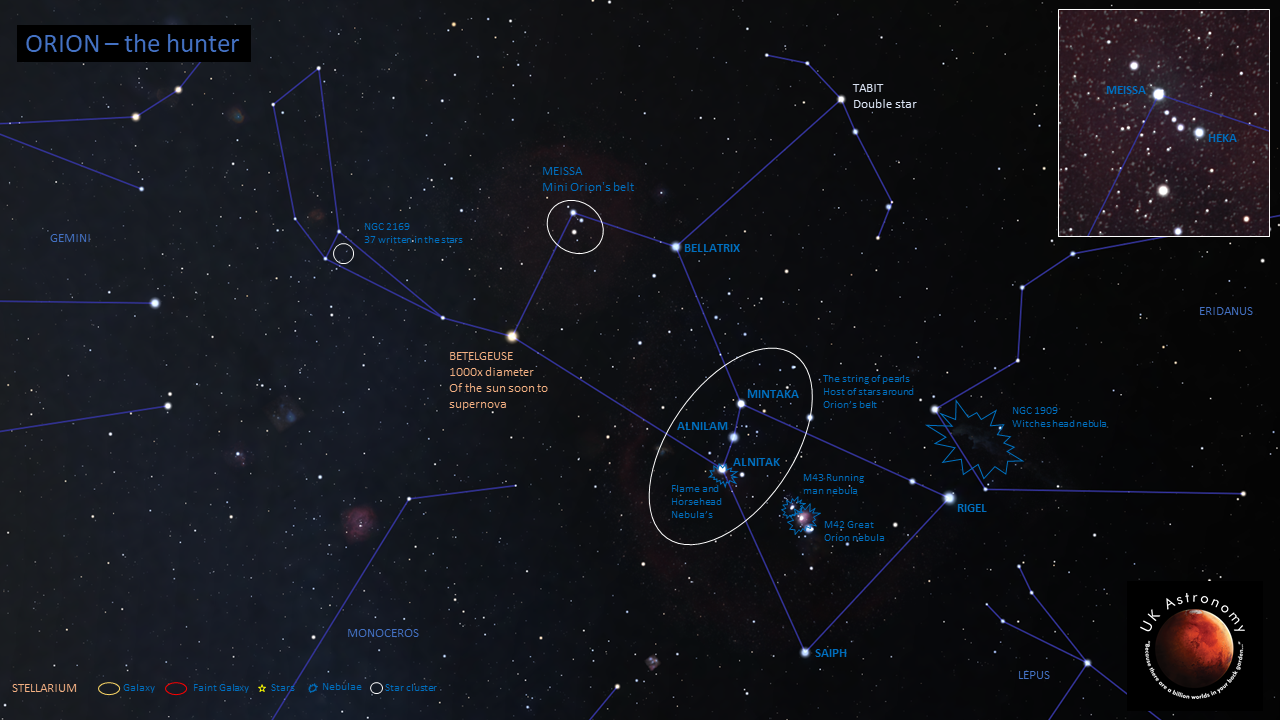 A major constellation visible throughout the winter, very noticeable and once seen, never forgotten. The highly distinctive Belt of three stars is recognized by most if not all cultures worldwide. Betelgeuse (his right shoulder, left as we look at it) is glorious on its own, never mind with its companions. You can find lots from Orion!


Deneb, in Cygnus, Altair, in Aquila and Vega, in Lyra, form the Summer Triangle. Despite its name, it is visible most of the year in these latitudes, in January it can be found in the early evening twilight. In late summer and autumn it comes to the fore. Vega is a beautiful blue star, you will hopefully see its blueness even without equipment. The Cygnus constellation is one of the few that looks (a bit) like its name – a swan flying across the sky. Before it reaches its zenith, Deneb and Altair point more or less due south, and after, as it descends to where it will set, Vega and Altair point southwards.


You know spring is on the way when you start to see this before midnight! Arcturus in Boötes, Denebola in Leo and Spica in Virgo form an almost equilateral triangle, visible in the UK from early February before midnight. Denebola for the Arabs marked when the cold part of the year was over. Instead of Denebola, Regulus is sometimes used as the third star in the triangle, it is in any case a good star to know as it sits almost directly on the ecliptic and will therefore help you find it. Spica is also on the ecliptic so if you can see them both, you will have a good perspective on its trajectory over the sky. 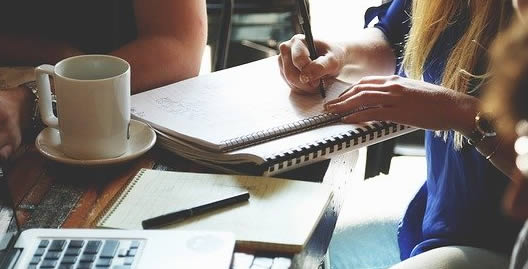 Meet the founders and dedicated team of of volunteers that make up our fantastic organisation.

Discover how they got started in astronomy, their passion for the stars and their achievements.
Meet the team... 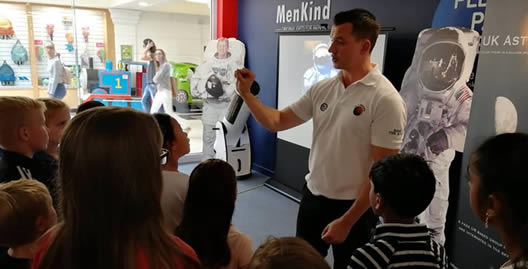 UK Astronomy provide educational workshops that excite and inspire others to learn about space.

We work with schools, community groups like scouts, guides, rotary groups and WI, other charities, and businesses. We can tailor a workshop session to suit your needs.
Discover more...

How you can support us 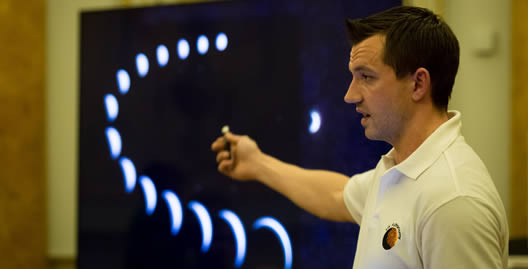 As with all charities, we are always in need of help and support. There are many ways that you can help us to ensure we can continue to offer events and to secure the future of our outreach program.
Discover more...